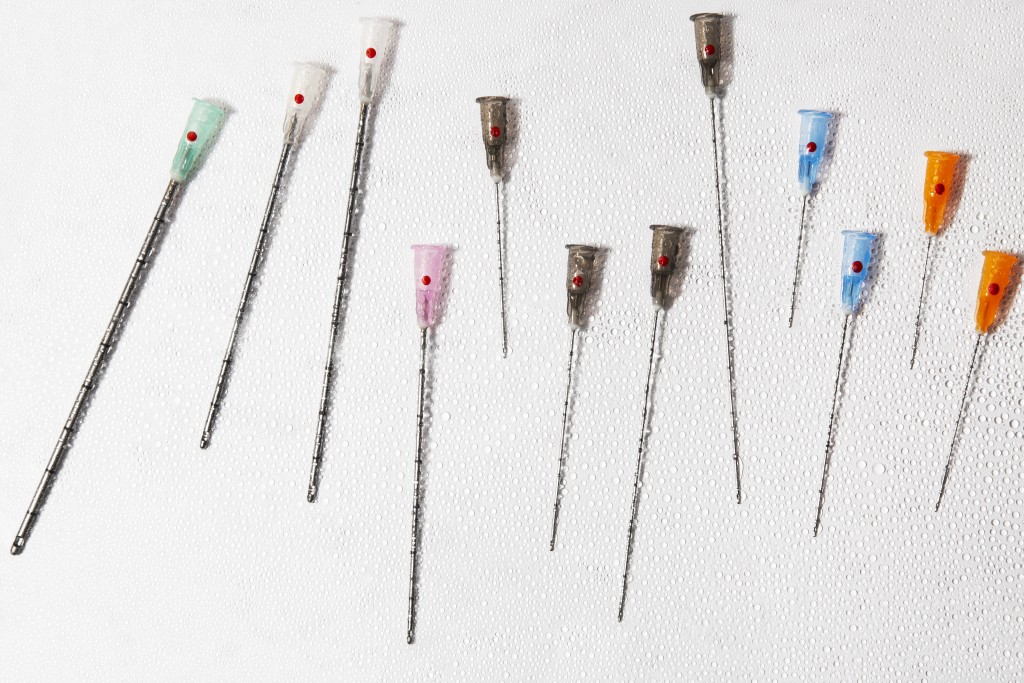 Is a needle or micro-cannula the best way to administer a soft tissue filler? This eternal question debated by cosmetic doctors was finally addressed in a December 2020 American study. This study proves that it is preferable to use the round tips of micro-cannulas to the sharp points of needles to reduce the risk of vascular occlusion.

Published in Jama Dermatology, the study attempted to answer the question “When injecting fillers, what is the risk of vascular occlusion with needles and micro-cannulas?”.  In order to best answer this question, the study included 370 participating dermatologists with an average of 22.3 years of practice and who alone performed more than 1.7 million injections. An FDA-approved filler was used throughout the study. 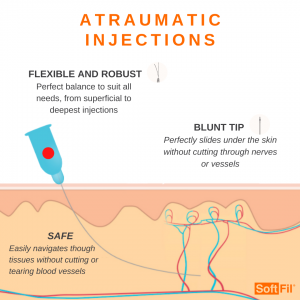 The risk of vascular occlusion due to fillers has been found to be “extremely low” (no more than 1 case per 5000 injections) when administered with needles or micro-cannulas.

Using micro-cannulas, the study researchers found that the vascular occlusion rate was 1/40882 for a 1ml syringe of fillers versus 1/6410 when using a conventional needle.

The researchers concluded that :

“The nasolabial folds and lips were the most likely areas to be occluded, with the average level of severity of occlusion being highest in the glabella area”. It has been shown that with the use of micro-cannulas the rate of occlusion is lower in these risk areas. 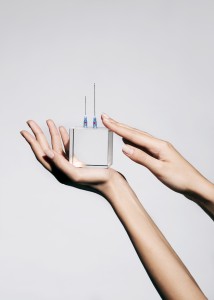 Micro-cannula or needles? Which tools to choose for which situation?
The authors of the study note: “When feasible and appropriate based on patient characteristics, anatomical location and other clinical factors, professionals may consider using micro-cannulas for filler injection to minimize the risk of occlusion.”

However, this does not mean that cannulas are without side effects.

In fact, according to Dr. Sandrine Sebban, a renowned aesthetic physician, inventor of various internationally approved injection methods and trainer at the SoftFil Academy: “The cannula must be used with a perfect knowledge of the anatomy, each cannula must be adapted to the product used and to the plane of the injection concerned, it thus allows a more artistic gesture”

How to learn how to inject with micro-cannulas more effectively?

At SoftFil, the SoftFil Academy is a free online platform that aims to teach the basics of micro-cannula injections to doctors around the world. The courses are taught by KOLs, international injection experts, in the form of digital masterclasses. These classes allow participants to decipher the different injection techniques according to the parts of the body to be injected and to ask questions live to the experts.

The aim of the Live Masterclasses and tutorials posted on the SoftFil website is to guide beginner aesthetic doctors and to support the more experienced ones in order to best meet their needs. The latter learn how to choose and use the right micro-cannulas for the right areas. Please visit our SoftFil Academy website and register for our future masterclasses below! 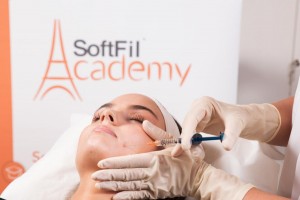 Product(s) related to this article

More details about this product

🇬🇧 Let us introduce you our SoftFil® Cosmetics Pos…

🇬🇧 Be aware of our next micro-cannulas masterclass…

Your preferences for cookies
We (Soft Medical Aesthetics, publisher of the website softfil.com) use cookies for the purpose of measuring the performance and ergonomics of the website, our newsletter and advertising campaigns, and to provide you with targeted advertising. These cookies are only stored with your consent; if you refuse to allow them to be stored, we will not be able to measure your preferences regarding the website, the newsletter and our advertising campaigns, or to provide you with targeted advertising for our products. You can specify your choices (give/withdraw consent) at any time by consulting our Cookie Policy. We also use other cookies, without your consent, for the purposes of proper operation and personalization of the site.
Manage options Manage services Manage vendors Read more about these purposes
Specify my preferences
{title} {title} {title}

The sale of SoftFil® products on our e-shop is restricted to medical professionals.

Any order placed by an non-authorized customer will be cancelled.

I confirm that I have read this message.